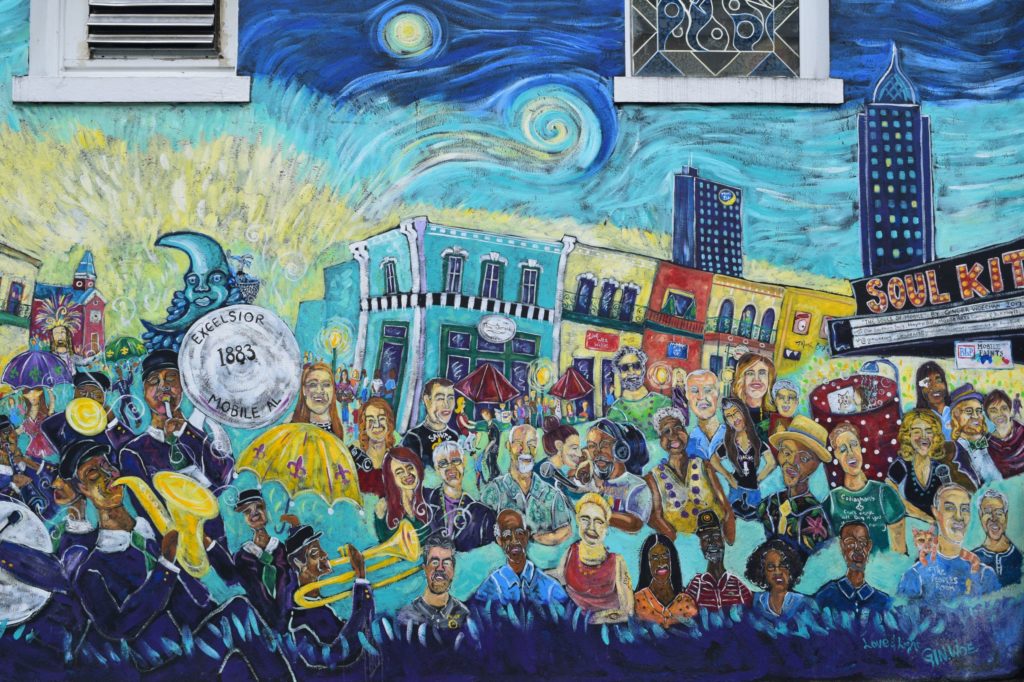 Mobile has a new mural! ‘Souls of Mobile’ by Ginger Woechan is on the Jackson Street wall of Haley’s Bar downtown. The mural depicts a colorful street scene, including individuals from the community nominated because of the good they do for the city.

The mural unveiling party took place on Sunday, December 8, from 2 to 7 p.m. The block party will also feature music by Excelsior Band and Harrison McInnis.

Ginger Woechan landed in Mobile in 2006 after losing everything in Hurricane Katrina in Ocean Springs, Mississippi. She says she found peace by painting while exploring with different textures and mediums.