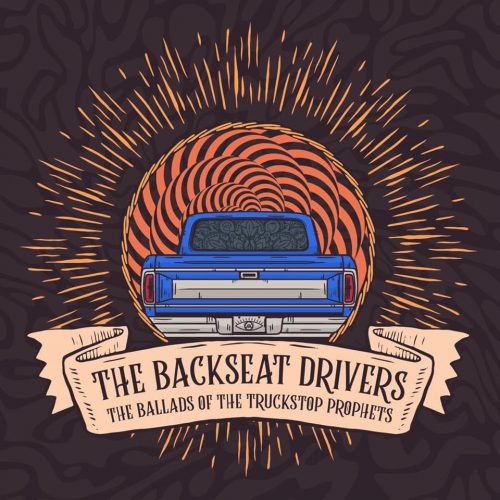 Join us for an evening with The Backseat Drivers as they perform their new album, The Ballads of the Truckstop Prophets, Live!!!

The Backseat Drivers began when a few young music students at Full Scale School of Music (Azalea City Center for the Arts) attended summer Rock Band Camp together.  Director Daniel Driskell suggested they keep playing together, and professional jazz musician John Cochran took on the task of mentoring the band.  They played a few locations in Mobile including Azalea Manor and Gallery 450, before they found the right band name.  The Backseat Drivers played their first official show at The Listening Room on April 17, 2019 and had a great performance at Day at the Deer on May 11, 2019.  With a crowd-pleasing blend of classic rock covers ranging from The Rolling Stones to The Allman Brothers Band, they also have original songs that showcase the talented musicianship of this up-and-coming band.

The Backseat Drivers include Noah Condon on drums, Gus Garrett on bass, Zack Kuehn on guitar, Emerson Roberts on guitar and vocals, and Drew Travis on keys and vocals.