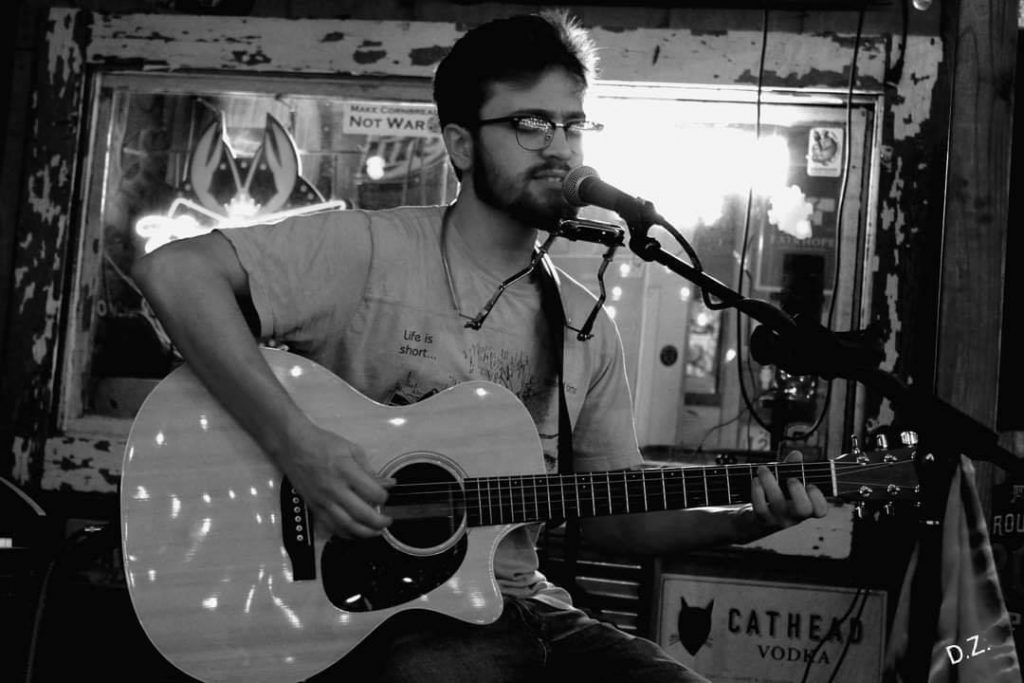 Tickets $20. Reservations 251-367-4599
Brigham Cason is a multi-instrumentalist from Baldwin County, Alabama with a passion for music. He taught himself to play guitar at the age of 12, learning a few cover songs and writing some originals along the way. He made his debut at an open mic in Orange Beach, Alabama hosted by Mel Knapp in the Spring of 2015. Since then he’s played with several local artists at venues all over the area.Brigham was selected the 2017 Frank Brown International Songwriters Festival Youth Showcase winner, earning him an invitation to become a paid and featured songwriter in the 2018 Frank Brown International Songwriters Festival.He recorded his first all-original solo album in Muscle Shoals at Fame Studio and Big Star Recording at the end of 2016. The album was produced by Michael Curtis and mastered by Billy Lawson. Brigham was honored to meet, play with and learn from a list of award winning, talented and humble musicians. It was truly a life changing experience. His self-titled album was released in August of 2017.The Brigham Cason Trio formed after Brigham met a couple of talented musicians through their high school drum line in Mobile, Alabama, immediately bonding through their shared passion for music. They’ve spent many hours rehearsing and are ready to hit the music scene. Members are John Brigham Cason (vocals/guitar), John L. Strope, IV (bass), and John David “JD” Faralli (drums).
For more info. www.brighamcason.com
Posted in Music