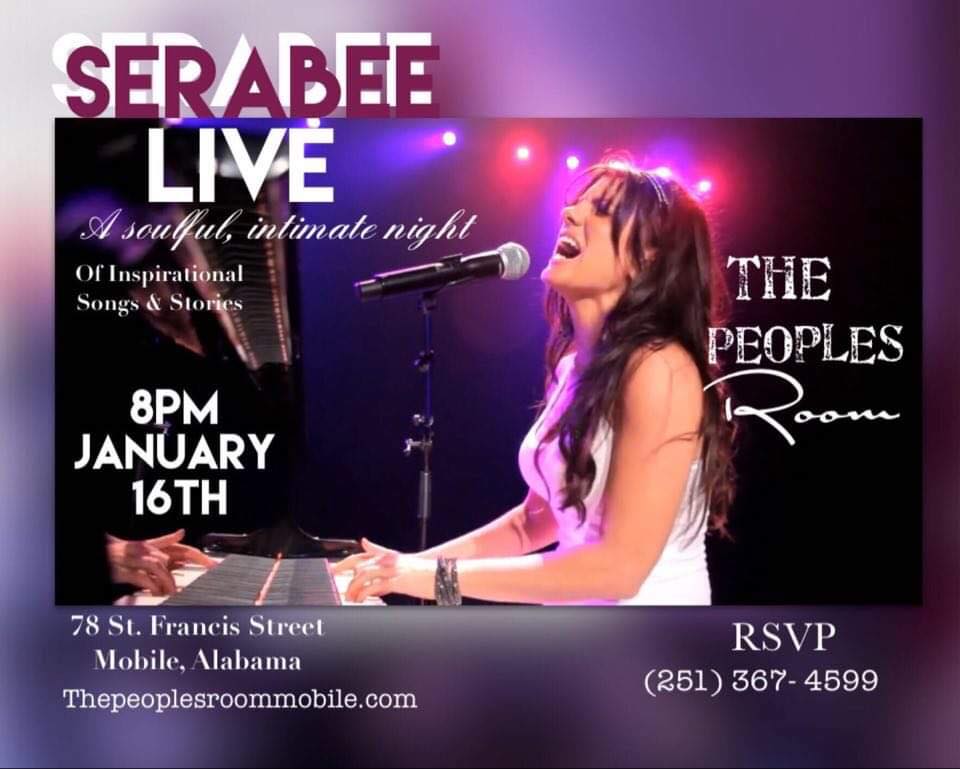 Tickets $25. Tickets available on Eventbrite https://www.eventbrite.com/…/a-soulful-night-with…
Sera hails direct from Kiln, Mississippi with the wandering strains of roadhouse blues and rollicking revivals psychically embedded in her songs. Irresistible, pop, country and R&B adorned in her soulful vocal presence and piano playing.
As a singer, songwriter and musician, the creative edge of Sera points to this soulful artist’s deep roots and colorful background in the American South. Growing up the daughter of a Pentecostal minister father (always a bluesman at heart) and a singer/songwriter mother, Sera was raised on the music of Ray Charles, Jerry Lee Lewis, Johnny Cash, Sam Cooke, Bob Dylan, Dolly, Aretha and of course, good ole gospel music. From an early age, she traveled with her family’s tent revivals, leading the musical praise and worship, excelling on vocals, the Hammond B-3 organ and piano.
Striking out on her own, Sera began performing in New Orleans & Mississippi clubs where she garnered quite a local following. As a naturally gifted songwriter, with a strong commercial appeal, Sera penned the number one smash hit “Crazy Chick” for platinum sensation Charlotte Church.
Sera has just recently finished recording her next album, drawing on her natural ability and southern heritage to create a diverse work with universal appeal. She has returned home to her roots in New Orleans, recorded the new project with her band which she produced herself and without the interruption of anyone, relying on her own brand of magic.
Sera feels it will be very poignant and nostalgic, the prodigal daughter returning home to embrace her roots and to record what she calls “the front porch songs” in a historical 1920s church turned studio in New Orleans.
She knows this southern, soulful direction will finally be the sound that her fans and the world will know her for and the album of her career that will touch her many fans.
More Info. – https://www.serabeemusic.com
Posted in Music, Performance