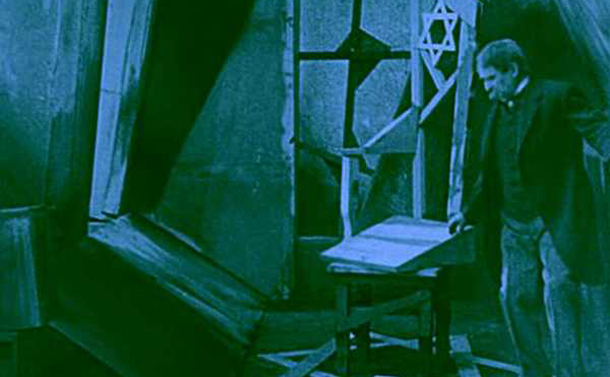 “In the so-called Republic of Utopia at the Ball House Square in Vienna, unrest rules. The workers are out on the streets, money has lost its value, and speculators are expediting inflation with avarice. In the beer halls people already know what the answer is: Out with the Jews … Die Stadt ohne Juden (The City without Jews) is based on the novel of the same name writen in 1922 by Hugo Bettauer, in which the populist Enlightener thinks satirically about the consequences of raging antisemitism to its endpoint. This film was appeared in theaters only two years after the novel was written.”

Bettauer’s work has received new life in this day and age, as antisemitism once again has reared its ugly face. Still, one can’t but be aware that this novel and film were written before the Nazi’s were in power and was written as a reflection of the entire era and its overwhelming antisemitism. Dr. David Meola will introduce the film with short remarks. The film will be followed by Q & A.

David Meola is the Bert & Fanny Meisler Assistant Professor of History and Jewish Studies at the University of South Alabama. Dr. Meola received his Doctorate from the University of British Columbia (UBC) in 2012, and has also earned degrees in European Studies (also from UBC) and a Bachelor’s of Business Administration from the University of North Carolina at Chapel Hill. Dr. Meola’s research focuses on Jewish agency during the 1815 to 1848 period with specific interest in how Jews participated in the German-language local and pan-German newspapers and in the Liberal and Democratic movements of the 1830s and 1840s. His research also deals with inner-Jewish religious reform, Jewish emancipation, honor, antisemitism, and philanthropy. At South Alabama, Dr. Meola is the Director of the newly-establish Jewish & Holocaust Studies minor and teaches courses on the Holocaust, Jews’ and other Minorities’ lives in Europe, and Jewish contributions to 20th century American Culture.

Ten minute introduction, 80 minute filmscreening followed by Q and A. This event is sponsored by the Gulf Coast Center for Holocaust and Human Rights Education.