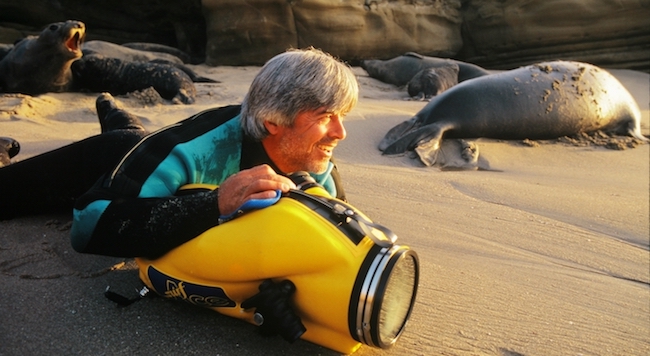 Mobile native filmmaker and explorer Mike deGruy is remembered in the film Diving Deep: The Life and Times of Mike deGruy.   His wife and filmmaking partner, Mimi Armstrong deGruy, wrote , directed and produced this feature length documentary about the irrepressible biologist turned filmmaker.  Mike deGruy was a man who lived with one foot in the sea and the other on land, who spent his life speaking on behalf of the ocean’s creatures.  He was becoming increasingly outspoken as an environmental activist when he died tragically in a helicopter crash in Australia while filming for director James Cameron. The film celebrates his remarkable career but it also highlights what he believed passionately at the time of his death: we are destroying the ocean before we even know what’s there.

This is a story told through the eyes of deGruy’s wife.  When she finally went back into their edit room after his death, Mimi deGruy found herself returning again and again to one piece of footage she’d never seen of her late husband. She realized it captured the moment he went from being an artistic filmmaker to an activist, and she knew she had to make a film.