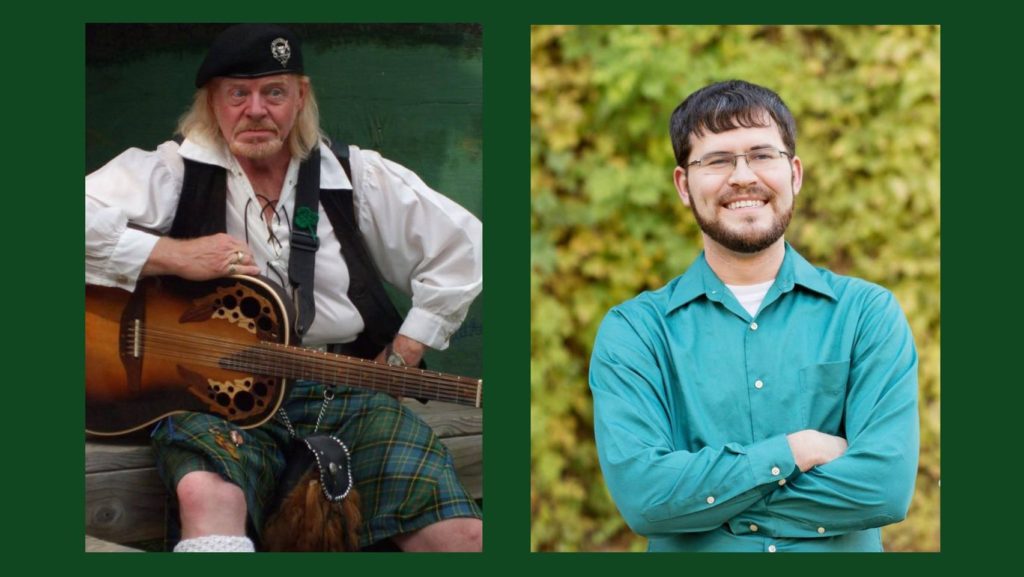 Tickets $20. Reservations 251-367-4599
Red combines a percussive guitar with a rich baritone voice and a positive attitude. He has appeared at over 57 Scottish Highland Games, Irish and Celtic festivals, renaissance faires, TV and radio and many coffee houses, pubs, clubs and restaurants on 3 continents, 7 countries, 42 states (including Hawai’I and Alaska), from the US to Japan to Scotland and beyond, has been featured in numerous publications and radio shows and has numerous awards and commendations to his name.
Always ready to perform, Red keeps his calendar full, due in the most part to the way he moves from ballads to bawdy, from patriotic to parody, historical to hysterical, only to be punctuated by off-the-wall comments, jokes, ribald humor and snide remarks caused by something in his nature that drives him to “entertain” his audiences.
For this evening Red will join forces with Daniel Driskell as they perform a variety of tunes from Celtic traditional music. It will be a special night of fun and frivolity!
Posted in Music