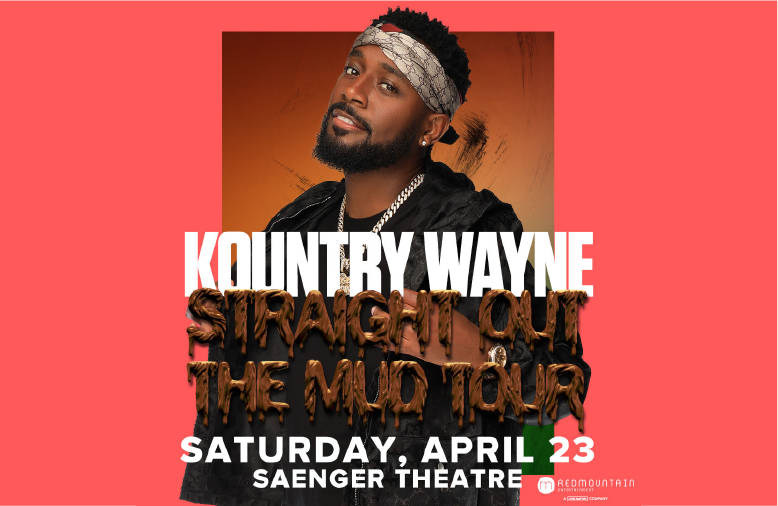 Recently named one of Variety’s 10 Comics to Watch in 2021, Kountry Wayne (a.k.a. Wayne Colley) has garnered a loyal following from his widely popular digital sketches and hilarious standup, generating an extraordinary amount of buzz among his peers within the entertainment industry as one of comedy’s most notable rising stars.

Since his first Facebook post in October 2014 went viral, the charismatic comic has amassed millions of followers across Facebook and Instagram, where fans tune in daily to his viral sketches featuring original characters such as Drip and Buddy, with cameos from notable celebrities including Ludacris, Mike Epps and Lamar Odom, to name a few. Keeping it real, mining comic gold from the everyday and applying his genius for freestyling, Wayne is a master comic storyteller.